The city of Haikou – the capital and most populous city of the Hainan province – exemplifies the Chinese government's efforts to facilitate provincial international free trade and investment in key locations of the country's One Belt, One Road initiative. This has been driven by greater activity from Hainan's first socialist system-based free trade port, in addition to several industrial projects across the region.

Following the same developmental vein as Haikou, while coming in second and third place in the Milken Institute's index for first- and second-tier cities, respectively, are Guangzhou (the capital of Guangdong province) and Xi'an (the capital of China's central Shaanxi province). Meanwhile, Shanghai and Beijing – two of China's perennial economic centers – were ranked sixth and eighth, respectively.

"This year's index highlights the successes China is achieving through its regional development strategy, shifting the burden of economic output away from highly developed regions like the Greater Bay Area," said Perry Wong, Managing Director of Research at the Milken Institute and author of the report.

"Underlining these milestones have been China's integration of urban economies nationwide as well the continued expansion and improvement in transportation infrastructure such as high-speed rail – guided by the nation's Five-Year Plans. Altogether, this year's top-performing cities reflect China's strong commitment towards reducing economic disparities between regions for broader-based, long-term growth – which will be vital in reinvigorating its pandemic-stricken economy," he added.

The 2021 index also highlights several interesting trends between the first- and second-tier cities:

The best-performing third-tier city (classified as either a small- or medium-sized city) in this year's index is Chuzhou, which retained its position within the top 5 for two consecutive years. Bordering the provincial capital of Hefei, Chuzhou's economic rise has been influenced by its geographic advantage – which the city is leveraging by closely integrating itself into the Nanjing Urban Agglomeration, located along the Yangtze River delta. Coming in at second, third, fourth, and fifth are Fuyuan, Dongguan, Jiaxing, and Xuancheng, followed by Zhuhai (sixth), Ji'an (seventh), Bozhou (eighth), Lijiang (ninth), and Maanshan (tenth).

"China's comprehensive nationwide development strategy is continuing to bear fruit, as reflected in the performances of its third-tier cities. While the 2021 index shows that only a handful of cities have had staying power, the shifting positions also highlight that thriving economic activity is now happening across the board. This means that the country's third-tier cities are also being leveraged as economic fulcrums – as much as their larger peers – and will continue to be relied upon to help the country collectively respond to both internal and external pressures such as the COVID-19 crisis and geopolitical tensions," said Yeen Chong, Communications Lead at the Milken Institute Asia Center.

The 2021 Milken Institute Best-Performing Cities China Index divides 238 Chinese cities into two groups, one for first- and second-tier cities and one for third-tier cities. The first- and second-tier group comprises 33 cities, while the third-tier group is made up of 205 cities. The two groups are ranked separately based on economic performance, with an emphasis on growth measurements. Its ranking index for this 2021 version comprises nine indicators— one-year (2018–2019) and five-year (2014–2019) periods growth for jobs, wages, and gross regional product (GRP) per capita; three-year (2016–2019) foreign direct investment (FDI) growth; FDI/GRP ratio (2019); and the location quotient (LQ) for high value-added industry employment (2019). This index categorises Chinese cities into large and small groups to yield more meaningful comparisons and insights.

The Milken Institute's Best-Performing Cities (BPC) China Index analyses the latest and most comprehensive official data found in the China City Statistical Yearbook to track the recent economic performance of Chinese cities. The primary purpose of this series is to offer a tool to policymakers to monitor and evaluate the economic dynamics of cities in China and improve their performance. In addition, this work provides businesses with insight into economic trends to explore potential investment opportunities in China.


[1] Refers to the megalopolis comprising the nine cities of Guangzhou, Shenzhen, Zhuhai, Foshan, Dongguan, Zhongshan, Jiangmen, Huizhou and Zhaoqing, as well as the two Special Administrative Regions of Hong Kong and Macau 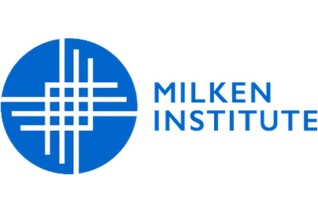 About the Milken Institute
The Milken Institute is a nonprofit, nonpartisan think tank that helps people build meaningful lives, in which they can experience health and well-being, pursue effective education and gainful employment, and access the resources required to create ever-expanding opportunities for themselves and their broader communities. For more information, visit 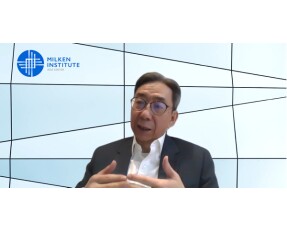