SINGAPORE/BONN - Media OutReach - 16 August 2022 - DHL Express, the world's leading international express service provider, has welcomed the arrival of its new Boeing 777 freighter at Singapore Changi Airport. The freighter, which sports a dual DHL-Singapore Airlines (SIA) livery, has a maximum capacity of 102 tons. SIA will operate it on routes to the United States of America via South Korea thrice weekly from August 2022.


"Our global DHL Express aviation network consists of a combination of owned and partner airlines, which allows us to respond to increasing customer demand with agility and flexibility. The new Boeing 777 freighter demonstrates our ongoing effort to strengthen our network and adjust flight routes, as well as lower our carbon emissions to achieve greener logistics. Singapore Airlines' expertise in flight operations will enable us to better meet our customers' needs in cross-border commerce, as we leverage the strategic location of our South Asia Hub in Singapore," says Robert Hyslop, Executive Vice President for Aviation, DHL Express.


"We are thrilled that the partnership between DHL and Singapore Airlines will be predicated on the strength of Boeing 777 Freighters," says Christy Reese, Vice President of Commercial Sales and Marketing, Asia Pacific, Boeing. "The versatile 777 Freighter is the world's largest, most capable twin-engine freighter and can fly long-range trans-Pacific missions in excess of 6,000 nautical miles with 20 percent more payload than other large freighters like the 747-400F. The airplane, which is capable of carrying a maximum payload of 102 tons, will deliver superior ton-per-mile economics for DHL and Singapore Airlines as they look to sustainably address increased demand in the global air freight market."


High resolution images of the Boeing 777F aircraft in the dual DHL-SIA livery are available at https://bit.ly/3bV26jU. 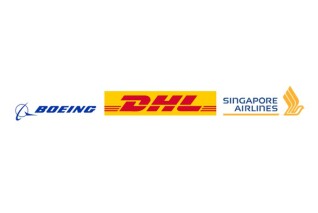 DHL – The logistics company for the world
DHL is the leading global brand in the logistics industry. Our DHL divisions offer an unrivalled portfolio of logistics services ranging from national and international parcel delivery, e-commerce shipping and fulfillment solutions, international express, road, air and ocean transport to industrial supply chain management. With about 380,000 employees in more than 220 countries and territories worldwide, DHL connects people and businesses securely and reliably, enabling global sustainable trade flows. With specialized solutions for growth markets and industries including technology, life sciences and healthcare, engineering, manufacturing & energy, auto-mobility and retail, DHL is decisively positioned as "The logistics company for the world".

DHL is part of Deutsche Post DHL Group. The Group generated revenues of more than 81 billion euros in 2021. With sustainable business practices and a commitment to society and the environment, the Group makes a positive contribution to the world. Deutsche Post DHL Group aims to achieve zero-emissions logistics by 2050.

The SIA Group's history dates back to 1947 with the maiden flight of Malayan Airways Limited. The airline was later renamed Malaysian Airways Limited and then Malaysia-Singapore Airlines (MSA). In 1972, MSA split into Singapore Airlines (SIA) and Malaysian Airline System. Initially operating a modest fleet of 10 aircraft to 22 destinations in 18 countries, SIA has since grown to be a world-class international airline group that is committed to the constant enhancement of the three main pillars of its brand promise: Service Excellence, Product Leadership, and Network Connectivity. For more information, please visit

As a leading global aerospace company, Boeing develops, manufactures and services commercial airplanes, defense products and space systems for customers in more than 150 countries. As a top U.S. exporter, the company leverages the talents of a global supplier base to advance economic opportunity, sustainability and community impact. Boeing's diverse team is committed to innovating for the future, leading with sustainability, and cultivating a culture based on the company's core values of safety, quality and integrity. For more information, please visit 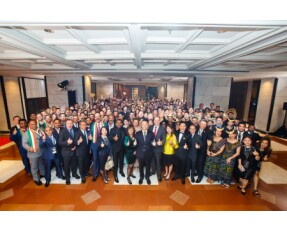 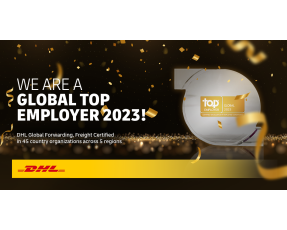