HANOI, VIETNAM - Media OutReach - 19 May 2022 - On May 18th, 2022 – The commencement of VinFuture Pre-Screening Round has been officially announced. Honoring the theme of "Reshaping and Reviving", the VinFuture Prize has received a total of 970 nominations, submited by prestigious scientists and institutions from more than 70 countries in six continents for its second award season.

Under this year's theme, nominations are centered around important research works and inventions that can help revive the post-pandemic world by solving humanity's most pressing challenges related to health and the food supply, the environment and sustainable energy, as well as the application of technology in all aspects of life.

Currently leading in number of nominators is Asia with 34.6% of the total accepted nominators, followed by the Americas with 29.8%, Europe with 16.2%, and Oceania with 7%. Notably this year, Africa has 12.4% of the nominators, six times higher than its share in 2021.

The VinFuture Pre-Screening round consists of a rigorous evaluation process based on the highest international standards in order to ensure scientific integrity, fairness, and transparency. The VinFuture Pre-Screening Committee will assess the nominations according to a set of core criteria, which includes the degree of scientific or technological advancement, the level of impact on people's lives, as well as the project's scale and sustainability.

Dr. Lê Thái Hà, Managing Director of the VinFuture Prize, shared, "Witnessing the consequences of two years of the COVID-19 pandemic, VinFuture recognizes its role in contributing to, and promoting, the global process of post-pandemic revival, aiming ultimately for sustainable development. With the theme of "Reshaping & Reviving", the VinFuture Prize 2022 has gathered leading scientists from a variety of science and technology fields from across the world to increase the number of multi-dimensional perspectives in the nomination evaluation process. From this, we hope to find scientific solutions to the world's pressing problems, and to simultaneously inspire and disseminate the great values that science and technology can bring in different sectors to new countries and territories, particularly in vulnerable areas."

With the official commencement of the Pre-Screening round, the 2022 VinFuture Prize has announced three additional scientists to join its Scientific Councils this season.

Professor Dan Kammen from the University of California, Berkeley (U.S.A), the former Science Envoy for the U.S. State Department, one of the world's leading experts in the field of energy, will be officially joining the VinFuture Prize Council from 2022.

The two other new professors joining the VinFuture Pre-Screening Council for the second season include Professor Quarraisha Abdool Karim – The 2016 L'Oréal-UNESCO for Women in Science Laureate, one of the Inaugural VinFuture Prize Laureates, and Professor Ermias Kebreab - the Director of the University of California, Davis World Food Center.

Sharing his thoughts about his new role, Professor Dan Kammen said, "I was especially impressed by VinFuture's realistic message, as well as the mission of science and technology that has been disseminated through VinFuture's humanitarian angle. I have high expectations for not only the quality, but also the applicability of the scientific nominations to real life. As a scientist who is dedicated to science for humanity, being able to participate in evaluating the nominations and choosing the scientific inventions and innovations to be the next Prize winners is a meaningful and enjoyable mission."

The 2022 VinFuture Pre-Screening round takes place from May 18th to late September, 2022 and aims to enable the Council to meticulously evaluate the most impactful and award-worthy works to proceed to the final round.

The VinFuture Prize consists of four prize categories, of which the Grand Prize – with a value of US$3 million – is one of the largest annual global prizes, and three additional Special Prizes, worth US$500,000 each, are dedicated to Female Innovator(s), Innovator(s) from Developing Country(ies), and Innovator(s) with Outstanding Achievements in Emerging Fields.

In addition, the Foundation also conducts many activities to realize its mission, such as funding research, collaborating in academic development, and promoting STEM education. 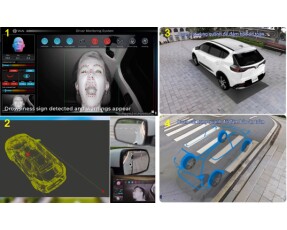 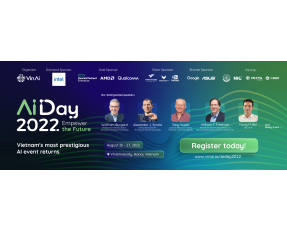