If you purchased the ADSs of FHS during the Class Period, would like to discuss Berger Montague's investigation, or have questions concerning your rights or interests, please contact attorneys Andrew Abramowitz at [email protected] or (215) 875-3015, or Michael Dell'Angelo at [email protected] or (215) 875-3080 or visit: https://investigations.bergermontague.com/first-high-school-education-group/

Whistleblowers: Anyone with non-public information regarding FHS is encouraged to confidentially assist Berger Montague's investigation or take advantage of the SEC Whistleblower program. Under this program, whistleblowers who provide original information may receive rewards totaling up to thirty percent (30%) of recoveries obtained by the SEC. For more information, contact us.

According to the complaint, FHS, its senior management, and the underwriters of its IPO made materially false statements in the IPO offering documents and failed to disclosed that: (i) the new rules, regulations, and policies to be implemented by the Chinese government following the Two Sessions parliamentary meetings were far more severe than represented; and (ii) the regulations being considered by the Chinese government were leading to a slowdown of government approval to open new educational facilities which would have a negative effect on FHS's enrollment and growth.

Soon after the IPO, media reports stated that attendees of the Two Sessions conference had proposed stricter regulations to rein in the for-profit education industry. On May 12, 2021, news reports revealed that the impending government crackdown on for-profit educational companies in China would be much more drastic and far reaching than previously publicly known. Then, on May 14, 2021, China's state council announced rules that it would further tighten regulations on compulsory education and training institutions.

Thereafter, on July 23, 2021, China unveiled a sweeping overhaul of its education sector, banning companies that teach the school curriculum from making profits, raising capital, or going public. These drastic measures effectively ended any potential growth in the for-profit tutoring sector in China.

Berger Montague, with offices in Philadelphia, Minneapolis, Washington, D.C., and San Diego, has been a pioneer in securities class action litigation since its founding in 1970. Berger Montague has represented individual and institutional investors for over five decades and serves as lead counsel in courts throughout the United States. 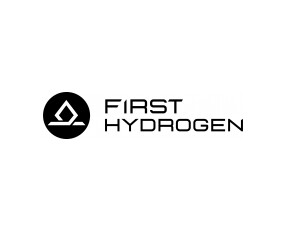