The competition awarded £16,000 to student entrepreneurs who are breaking boundaries

SYDNEY, AUSTRALIA - News Direct - 27 April 2022 - Following the launch of UNiDAYS' fourth annual 'Student Women of the Year' competition last month, UNiDAYS is pleased to announce this year's winner. After reviewing from women studying at over 220 different universities across the globe, from Tasmania to Texas, the top prize has been granted to Yanti Peng, 21, an undergraduate at University of News South Wales and Creative Director and co-leader of 'Uplift' - who is awarded a £10,000 grant to further her impact.

Leaning into the International Women's Day theme of #BreaktheBias, Yanti impressed the judges with her Sydney-based, student-run social enterprise 'Uplift' - a multi week upskilling workshop for the disadvantaged. It provides young people experiencing or at risk of homelessness with the opportunity to learn and experiment with the creative arts including Adobe Photoshop, fabric sewing, t-shirt design and screen printing. Uplift has worked with youth organisations including 'Project Youth' and 'Oasis'.

Rankin states, 'It has been a privilege working with UNiDAYS on their 'Student Women of the Year' campaign - celebrating inspiring female entrepreneurs. All of the finalists were incredible, and it was a very tough decision to choose a favourite from all the strong entries! A HUGE congratulations to Yanti. Keep inspiring and I'm so excited to see what the future holds for you!'.

As well as being crowned the Student Women of the Year winner, Yanti will also be a SWOTY ambassador for the next year, working with UNiDAYS to share her progress and inspire others.

The runners-up, who will be awarded £1,000 respectively, were:

● Wadi Ben-Hirki (25, UK) - founder of Wadi Ben-Hirki Foundation, which focuses on gender equality, quality education and peace building. Wahdi has a masters degree from The University of Sussex in International Education and Development.

● Gaia Cawley (21, UK) - Psychology and Criminology student at Nottingham Trent University. After being diagnosed with dyslexia, she wanted to change the narrative of this opportunity gap. She launched a self-help YouTube channel called 'Gaia Rose', building a community of young people and offering resources, making education accessible to all.

● Saskia Chelliah (21, UK) - alongside her degree at The Royal Veterinary College London, Saskia is the Vice President of 'Animal Aspirations' - a student-led organisation which aims to increase diversity within the veterinary world, encouraging young children from ethnically diverse backgrounds to consider working with animals.

● Emily Hale (24, UK) - Physio-Therapy student and founder of 'Build and Breathe Scoliosis'. The company holds free resources for those with scoliosis, a sideways curvature of the spine - both educational, in conversation with surgeons, healthcare practitioners and mental health coaches, alongside practical advice including stretching and self-management.

● Meg Phillips (23, AUS) - Electronics Engineering student at UTAS, Australia. Whilst breaking gender stereotypes, her aim is to develop a roadkill mitigation device to alleviate roadkill in Tasmania, helping to decrease mortality of Australian species (many of which are endangered/threatened) and also reduce physical and psychological injury to drivers.

Pretty Munro, Global Marketing Director, UNiDAYS, says: "This year's Student Women of the Year competition focused on entrepreneurship and aimed to empower those who have taken risks and made sacrifices to bring about change - overcoming stereotypes and breaking boundaries to create real value - not just economically, but societally, culturally and environmentally.

This generation of students is expected to be the most entrepreneurial ever with over 54% of Gen Z wanting to start their own business. Through our competition, we wanted to inspire the entrepreneurs of tomorrow, and help make their dreams a reality. Yanti, in particular, is a great example of a role model, paving the way for the next generation of young leaders.

To date, UNiDAYS has awarded £23,000 to women students to support their dreams and goals, however this year is our biggest prize fund yet. We can't wait to see what Yanti does with it."

Running from 2nd – 27th March 2022, the competition was open to all women students. Centred around the theme of #BreakBoundaries, the campaign focused on individuals who are breaking it down to build it better and succeeding, putting a spotlight on those doing so to inspire others to follow.

Each participant posted a short 60-second video, showcasing how they have been breaking boundaries, and outlining their plans for how they would spend the £10,000 grant to further their impact. Entrants were judged based on the content and creativity of the video, how well they explained how and what they are changing/contributing, how candidates will use the £10,000, and to what extent their project is breaking boundaries, and making the world a better place. 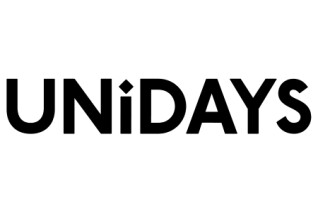 About UNiDAYS
UNiDAYS is the world's leading Student Affinity Network, with a verified global audience of over 20 million student members across 115 countries.

UNiDAYS works with 800 of the world's biggest brands globally, taking their products and services into the hearts and minds of tomorrow's professionals, by inspiring Gen Z to discover and connect with the brands and services they need. Its global members have spent more than $5 billion through the UNiDAYS marketplace since 2018.

Through its identity technology, secure brand-safe environment and marketing solutions, UNiDAYS delivers reach and engagement for brand partners, maximising sales and building long-term affinity, at scale and speed across a full range of channels.

The company has over 200 staff, with headquarters in Nottingham, UK, and with offices in London, New York and Sydney.

For further information on UNiDAYS, visit 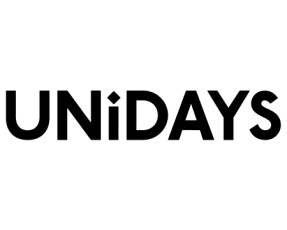