BERLIN, GERMANY - Media OutReach - 25 January 2023 - Albion Online, the fantasy sandbox MMORPG developed by Sandbox Interactive, announced the launch of a new server, Albion East, for the Asia-Pacific region today. Along with offering a new beginning in the world of Albion, the new server promises much faster connection speeds, better ping and lower latency, with time-gated events optimised for the region's time-zones for players throughout Australia, East Asia and Southeast Asia.


The game is free to play, but players can gain full access to the closed beta testing servers that launch in February 2023, as well as early access to the Albion East server, through the purchase of Founder Packs.

Along with beta and early access, Founder Packs will include protection for existing character and guild names and numerous valuable in-game items including Gold (the game's premium currency), Premium (which provides players with additional QOL and speeds up progression), and exclusive Founder-only Nametags, Avatars, and Vanity Items.

Sandbox Interactive's Game Director Robin Henkys describes the new server as a major milestone in the game's development: "The Albion community has always been truly global, and the new server will make the world of Albion more accessible than ever for countless players. We look forward to welcoming new and existing players to the Albion East server and seeing this new version of the world of Albion take shape."

Watch the "What is Albion Online?" video here:
https://bit.ly/3kBNz0a

For more on Albion Online: https://albiononline.com

Tweet #2: "The new Albion East server will offer much faster connection speeds and optimised event times for players throughout Asia Pacific. Welcome to a new dawn of Albion Online!" 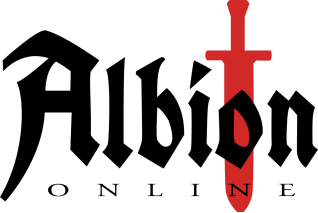 About Albion Online
Albion Online is a Sandbox MMORPG featuring full-loot combat, a fully player-driven economy, and a classless "you are what you wear" skill system. The game is fully cross-platform, playable on PC, Mac, Linux, iOS, or Android with a single account, and is localized into numerous languages including Japanese, Korean, Traditional/Simplified Chinese, and Indonesian. Albion Online launched in 2017, launched for Steam in 2018, went free to play in 2019, and officially launched on mobile in 2021. Rather than offering a linear path with predetermined quests, Albion Online allows players to write their own stories and play in countless different ways. Deep guild, alliance, and faction systems allow players to join up with friends and allies to claim territories and take part in massive battles. Gathering, crafting, and trading are all essential parts of Albion's player-based economy, offering fame and fortune for players with sufficient skill and ambition. And Albion's sprawling world, with five biomes spread across two massive continents, offers nearly endless opportunities for exploration and discovery, with a huge range of PvE and PvP options for solo and group players alike.

About Sandbox Interactive
Albion Online is developed by the Berlin-based studio Sandbox Interactive, which was founded in 2012 by a core group of dedicated MMORPG enthusiasts and has since grown to a team of 80 people. Sandbox Interactive follows the belief that the creation of your own world and interaction with other players are paramount to entertainment, and that these ideas are truly brought to life in the sandbox genre. With Albion Online, the studio has created the world's first truly cross-platform Sandbox MMORPG – a game that places compelling gameplay and the player experience squarely in the foreground.