SINGAPORE - Media OutReach - 4 May 2022 - In an unprecedented move, Apple has shared on Wednesday, 17 November 2021, that it will begin sales of spare parts and tools to the general public for the first time. This is to facilitate their own repairs on certain models of iPhones and Mac computers.

This move is a result of pressure from consumers over the years who have been requesting for Apple to give a more direct channel of access to repair manuals and genuine parts. The self-service repair programme launch was well-received after the lengthy anticipation, with consumer groups signalling appreciation for Apple listening closely and systematically to customer insights.

Months earlier in March 2021, Apple also announced that it will be expanding its Independent Repair Provider (IRP) Program beyond its US shores. The program, which was originally launched in 2019 and expanded to Canada and Europe in 2020, will now be available worldwide in more than 200 countries. This means nearly every country where Apple products are sold will also have access to Apple's Independent Repair Provider Program now.

In a strategic partnership with Apple, LYK Mobile is one of the authorised Apple Independent Repair Provider Program partners in Singapore. This partnership gives LYK Mobile access to genuine Apple parts, tools, repair manuals, and diagnostics to offer Apple-approved reliable repairs for iPhones and Mac computers.

Apple's idea of access to quality repairs no matter where you live in the world has been widely and positively welcomed by both consumers and authorised repair program providers. Customers without access to an Apple store nearby or those with preferences to patronise a local store, now have the opportunity to access genuinely-sourced Apple parts and repair services of a direct Apple trained and certified provider.

LYK Mobile, along with all other providers globally, have to go through an application and qualification process in order to be a part of the Independent Repair Provider Program. While the program is free to apply for and join once approved, repair providers are required to adhere to Apple's specific standards. Technicians who will carry out the repairs also have to be certified by Apple.

Apple Independent Repair Program providers like LYK Mobile have access to free training from Apple, and the same genuine parts, tools, repair manuals and diagnostics that are used at Apple Stores and Apple Authorised Service Providers (AASPs). With the aid of Apple's training and tools, common issues that customers face like iPhone battery replacement requiring original parts can be resolved professionally at an Independent Repair Provider with quicker repair turnaround times and no loss of existing phone data. 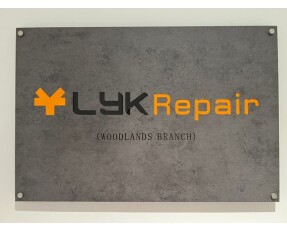 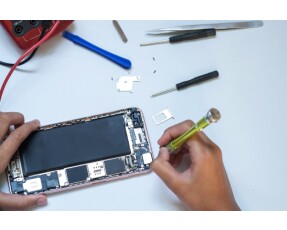