TOKYO, JAPAN - Media OutReach - 3 March 2022 - Back to Blue, an initiative of Economist Impact and The Nippon Foundation, is releasing a new report, The Invisible Wave: Getting to zero chemical pollution in the ocean . The main purpose of the report is to raise awareness of marine chemical pollution, the scale and potential impact of which are not widely appreciated, and to focus minds on delivering solutions to achieve a zero-pollution ocean.

Marine pollution has deservedly gained greater attention in recent years, most notably through the vexing—and highly visible—issue of plastics. Chemical pollution, by contrast, is often unseen—though it is no less important or urgent. Synthetic chemicals in the form of nutrients, heavy metals, persistent organic pollutants, pesticides, sewage, plastics and microplastics, and those used in the vast majority of household and consumer products flush into the ocean through freshwater systems and runoff, through atmospheric deposition, as well as from ships and extractive industries at sea.

Given the fundamental importance of the ocean to all life on Earth, it is striking that there has not yet been a serious scientific assessment at scale of marine chemical pollution and its impact on biodiversity and marine ecosystems, and the overall health of the ocean. Much more research is needed to determine the damage that many chemicals inflict on the marine environment.

The urgent need for more research is underscored by a further point that this report seeks to demonstrate: that despite lacking a complete picture of the dangers posed by marine chemical pollution, failing to act now is a risk too far. Tackling the problem requires the coordinated action of everyone in the chemicals value chain—from the chemicals industry itself to governments, regulators, investors and financiers, as well as civil society and consumers. Failure to address marine chemical pollution in a systematic manner risks inflicting irreparable harm on the ocean.

Among our other key findings and recommendations are:

Charles Goddard, editorial director at Economist Impact, says:
The warning signs have been present for a while, but this report from the Back to Blue initiative will, I hope, set off the alarm bells on chemical pollution in the ocean. Synthetic chemicals, many hazardous and harmful, are now ubiquitous across the seas—much like plastics—and left untackled, this assault will only get worse. There is much more we need to know and understand, but we must not let that delay action but rather work with urgency with industry, regulators and consumers towards a zero-pollution ocean, and prevent and reverse this unseen poisoning of an ecosystem on which all of life depends.

Yohei Sasakawa, chairman at The Nippon Foundation, says:
This is the first ever comprehensive report that sheds light on the serious impacts of chemical pollution to our ocean, and as a result, to human wellbeing. It is my hope that the findings will help drive international dialogue to address this issue and help the global community to realize that without drastic steps to ensure a healthy ocean environment, there is no guarantee for the sustainable continuation of humankind.

World Ocean Summit, The invisible wave provides a diagnostic of the scale of the ocean pollution challenge and marks the beginning of a solution-oriented agenda through an in-depth white paper, infographic series and digital data story. It lays out the priorities for scientific research, regulation, industry and transformation within the chemicals sector as well as all those which rely on its output. This problem is beyond any one actor, and solutions need to cross sectoral boundaries and geographical borders. With innovation, investment and reforms, the chemicals industry - that has brought so much to human welfare and comfort - can be part of the transition to a 21st century net zero world.

Visit backtoblueinitiative.com for the full report, video and data story. 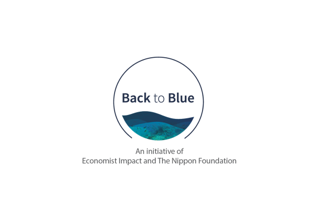 About Back to Blue
"

Back to Blue" is an initiative launched by Economist Impact and The Nippon Foundation in 2021 to focus efforts on evidence-based approaches and solutions that tackle escalating ocean challenges, such as those posed by major threats such as climate change, pollution and habitat destruction.

While governments and policymakers have begun efforts towards restoring biodiversity and regenerating ocean health, there remains an ostensible knowledge gap on plastic and chemical pollution.

Recognising the need to stimulate fresh dialogue and solutions to pressing ocean issues, this multi-year initiative brings together both organisations’ unique capabilities in ocean research and programme-building to build a powerful platform which will accelerate momentum in improving ocean health. In 2021, the Plastic Management Index published under Back to Blue addressed the issue of marine plastic pollution. In 2022 the focus is on the less visible pollution from chemical contaminants that are damaging ocean life and ecosystems and in the long term, human health."

About Economist Impact
Economist Impact combines the rigour of a think-tank with the creativity of a media brand to engage a globally influential audience. We believe that evidence-based insights can open debate, broaden perspectives and catalyse progress. The services offered by Economist Impact previously existed within The Economist Group as separate entities, including EIU Thought Leadership, EIU Public Policy, EIU Health Policy, Economist Events, EBrandConnect and SignalNoise.

We are building on a 75-year track record of analysis across 205 countries. Along with framework design, benchmarking, economic and social impact analysis, forecasting and scenario modelling, we provide creative storytelling, events expertise, design-thinking solutions and market-leading media products, making Economist Impact uniquely positioned to deliver measurable outcomes to our clients.

About The Nippon Foundation
Established in 1962, The Nippon Foundation is Japan’s largest philanthropic foundation, providing support to public-service activities in a variety of fields across national borders. In ocean affairs, the Foundation aims to cultivate human resources who will chart a course for the ocean’s future and to pass on the ocean’s riches to future generations. Other primary areas of activity include support for children, persons with disabilities, disaster relief, and international cooperation, with the ultimate goal of achieving a society where all people support one another. 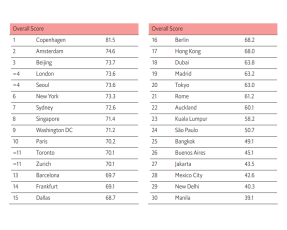 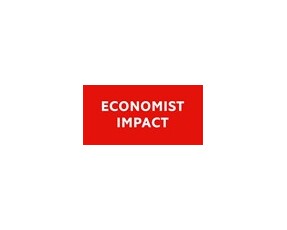