Web3 game studio and publisher will exhibit the playable demo of its first major title, a cyberpunk MMORPG, amid mainstream adoption drive

PARIS, FRANCE - Media OutReach - 18 August 2022 - Red Door Digital, the Web3-ready game studio and publisher, today announced it will unveil the playable demo for its first major game title Reign of Terror at Gamescom 2022 in Cologne, Europe ’s largest gaming convention. Red Door Digital will exhibit in the B2B section of the event at the Blockchain Game Alliance ’s booth, and welcomes all visitors to experience and play the demo in person at Hall 2.1 Stand C038. The event runs from Aug 24 to Aug 28, 2022.

Reign of Terror is a cyberpunk tactical MMORPG set in a Southeast Asia-inspired region. Players can team up into guilds and alliances, siding with either the rebels or the government forces. Characters, weapons, items, and land can be traded as NFTs. The game will be free to play on PC and mobile when it launches later this year.

“Gamescom attracts the best and brightest in the industry, so we ’re incredibly excited to launch Reign of Terror ’s playable demo here. Red Door Digital is bringing AAA-quality gameplay to Web3, with a Play and Own model that prioritizes entertaining and truly fun games. With our first major title Reign of Terror, we want to deliver on that mission right out the gate,” said Joseph Derflinger, CEO of Red Door Digital.

Red Door Digital is a Blockchain Game Alliance Gold Member, and this is the first year crypto representatives will exhibit at Gamescom in person. The Web3 game studio raised US$5 million in seed funding earlier in 2022. 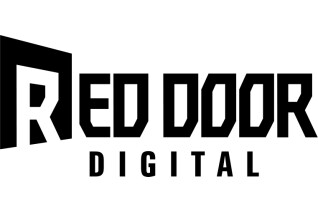 About Red Door Digital
Founded in 2021, Red Door Digital aims to take the ultra traditional gaming experience to the metaverse. The company is a global-to-local Web 3.0-ready game studio and publisher making award-winning AAA-quality Web3 titles a reality. The team is composed of world-class game designers and developers that not only worked on, but spearheaded the launch of global hits such as FIFA Online, World of Warcraft, EA Origins, and many more.