HONG KONG SAR - Media OutReach - 2 August 2022 - The 11th China Finance Summit 2022 (the "CFS") was held on 28th and 29th July. During the conference, dual honorary awards "2022 Role Model of Sustainability" and "2022 The Most Transformational Leadership of Digitalization" were conferred upon a business aviation services company, Sino Jet has arrayed splendid efforts to intertwine green aviation with digitalization in order to maintain sustainability in the long run. China Finance Summit is one of the most impactful platforms collaborating and exchanging long-headed ideas with enormous financial enterprises and social media companies in China. The awards presented at CFS were thoughtfully selected by the evaluation committee that consists of industrial experts, social media leaders and other well-known research organizations with reference to a variety of index-based evidence to assess overall capability of innovation, responsibility, influence, growth and prescience.


Sino Jet is a one-stop solution provider for its business jet clients. It has the largest fleet size in the Asia-Pacific region throughout the past few years. On the other hand, Sino Jet was the only business jet operator receiving dual honorary awards in respect of sustainable development. The spokesperson of Sino Jet emphasized that the focal point of enhancing sustainable development was about balancing the interrelation between economic and societal development as well as allocation of resources in our environment. After the Chinese Government released her goal of reaching carbon peak by 2030 and achieving carbon neutrality by 2060, Sino Jet has reacted promptly to put carbon management into practice and announced that improving green operations such as digitalization, sustainable energy applications, green office buildings, green transportation, green supply chain and carbon offset is crucial to accomplish carbon neutrality. On a side note, Sino Jet is the first Chinese business jet operator proposing carbon neutral plan with a goal to accomplish carbon neutral by 2035.

Sino Jet said, "Our company retains professionalism to cater safety, efficiency, convenience and flexibility to our clients. Digital transformation can leverage safety standard and efficiency of our aircraft." As mentioned by Sino Jet, the company has been mapping out digitalization since 2015, at this stage Sino Jet has recently established a software development subsidiary company to develop an integrated system, which allies all aviation operation systems, maintenance and engineering management system, safety management system, flight record system and bookkeeping system. All of the above systems aim to liaise communication with digitalization in an attempt to deliver well-rounded customer services to their business jet clients. For instance, their clients are able to obtain updated and instant on-set flight operation information through the systems. Moreover, the groundbreaking experience of digitization does not merely ensure their clients get hold of all the vital messages that are relevant to the full life cycle of their aircraft, but it also maximizes and preserves the best possible values of their assets to attain a great degree of clarity, stability and most importantly sustainability.

Apart from digitalization, Sino Jet puts their creativity and technology advancement to good use so as not to impede itself to embrace fruitful achievements of sustaining business and environment. Sino Jet has been searching for excellence to refine its in-flight services, such as initiating a 'Time Journey' campaign with multiple prestigious hotels and restaurants. Specifically, they came up with green menus to encourage more business jet clients to be aware of environmentally friendly culture and actively play a role in making the world a better place to live in. In addition, Sino Jet in the meantime was co-working with China Organ Transplantation Development Foundation and became their "Life Enhancing" ambassadors before organizing its volunteer team to promote the foundation's philosophy as well as prolonging and protecting human health.

Crowning dual honorary awards of "2022 Role Model of Sustainability" and "2022 The Most Transformational Leadership of Digitalization" has undoubtedly proven Sino Jet's perseverance and strengths to promote green aviation and digitalization in business jet industry. With regard to the analyst who attended China Finance Summit, Sino Jet can fully utilize its competitiveness to respond to strategic national planning so as to bring in a glimpse of revolution to energize current trend. Given the fact that Sino Jet has constantly discovered breakthrough and improvisation, its vision to actualize carbon neutral certainly embarks on a new chapter that takes modern civilization and market changes into account as well as dedicating itself to be man of the helm who strives to inspire more potential industries to take part in sustaining our precious livelihood. 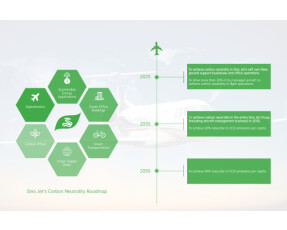 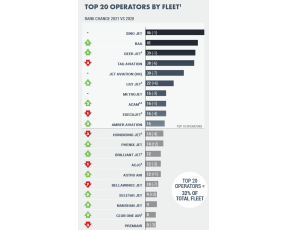