HONG KONG SAR - EQS Newswire - 22 March 2022 - A fully integrated biopharmaceutical company – Uni-Bio Science Group Limited ("Uni-Bio Science", together with its subsidiaries referred to as the "Group", stock code: 0690.HK), is pleased to announce its annual results for the year ended 31 December 2021 (the "Year"), as well as its comparative figures for the year ended 31 December 2020 ("2020").

During the Year, the Group achieved a spectrum of accomplishments, for both of its marketed products and innovative biologics. The key highlights include:

In 2021, the Group recorded a turnover of HK$353.4 million, representing a significant increase of approximately 69.3% year-on-year (2020: HK$208.8 million). The increase in turnover was mainly attributable to the impressive sales growth of EGF products. During the Year, turnover generated from GeneTime® reached HK$170.5 million, representing a significant increase of 24.3% from approximately HK$137.2 million in 2020. The remarkable turnover growth was mainly due to the strong recovery from hospital sales as well as the additional turnover from the digital marketing and pharmaceutical e-commerce platforms. GeneSoft® recorded an increase in turnover from approximately HK$31.6 million to HK$36.3 million, representing an increase of 14.8%. Growth in sales of GeneSoft® was attributed to the recovery from hospital sales as well as the efforts of the Group's direct sales team. 2021 was the first year for Boshutai®'s commercialization and the turnover of Boshutai® was approximately HK$4.5 million. The remaining sales of HK$142.2 million is attributed from Pinup®. Although there was an strong volume growth for Pinup® during the year, the decrease in pricing due to the centralized procurement has reduce the overall profitability of the product.

The healthcare market in China has been burgeoning. The growth is driven by the increasing aging population, better social health insurance policies as well as government regulatory reforms which promote industrial innovation and streamline the new drug approval process. Riding on the favorable government policies and market environment, the Group believes that it would propel forward and drive further business growth.

Looking forward, Mr. Kingsley Leung, Chairman of Uni-Bio Science said, "We continue to focus on all-round research innovation of patented biologics. Since 2021, the Group had formed a stronger partnership with Alephoson and DotBio to co-develop next-generation best-in-class compounds for patients with retinal diseases and other potential therapeutic areas. The collaboration is going to further advance patient care with treatment alternatives and explore further applications in the ophthalmology and dermatology industries. The Group is also going to accelerate the clinical process of Uni-GLP-1 and begin preparation for the commercialization of both Uni-PTH and Uni-GLP-1."

In terms of the Group's marketed products, Mr. Leung added, "We have planned ahead for its production capacity expansion years ago. Production of Boshutai® tablets, which launched in 2021, will be taken care of by the Group's strategic partner, Suzhou Yingli in 2022 with more than ten times larger supply capacity. The other strategic partner Sinopharm Wiqida will be in charge of raw material Acarbose active ingredient (API) registration and manufacturing; the registration is expected to complete in 2022. All these would facilitate Boshutai® to win the bid of the coming national centralized procurement in 2022. The Group had also decided to relocate the production site of its EGF products to Dongguan in order to catch up with the growing order book of GeneSoft® and GeneTime®, as well as expand the product line of our EGF product series. The new production base is expected to commence operation in 2025."

The Group believes that the aforementioned strategies will further push forward its product R&D with higher efficiency, widen its product applications, so as to accelerate the commercialization of its innovative drugs, and finally generate fruitful and sustainable returns for its shareholders. 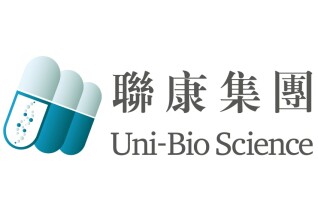 About Uni-Bio Science Group Limited
Uni-Bio Science Group Limited is principally engaged in the research and development, manufacture and distribution of pharmaceutical products. The research and development centre is fully equipped with a complete system for the development of genetically-engineered products with a pilot plant test base which is in line with NMPA requirements. The Group also has two GMP manufacturing bases in Beijing and Shenzhen. The Group also has a highly efficient commercialization platform and marketing network. The Group focuses on the development of novel treatments and innovative drugs addressing the therapeutic areas of endocrine such as diabetes and osteoporosis, ophthalmology and dermatology.

Uni-Bio Science Group Limited was listed on the Main Board of the Hong Kong Stock Exchange on November 12, 2001. Stock code: 0690. 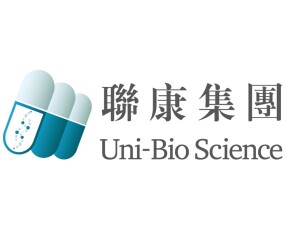 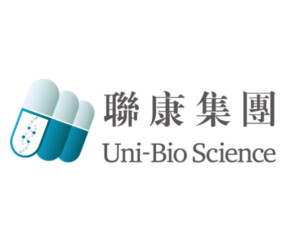