Vancouver, British Columbia - Newsfile Corp. - 28 September 2022 - First Hydrogen Corp. (TSXV: FHYD) (OTC Pink: FHYDF) (FSE: FIT) ("FIRST HYDROGEN" or the "Company") is pleased to announce that it is advancing its European Union strategy with expansion in key European countries. This strategy is supported by the European Parliament's decision to commit to ambitious binding renewable targets and simplify the regulatory framework, with green hydrogen at the centre of this commitment.

The new initiative will focus on identifying and signing up fleets with interest in participating in the planned European trials of the First Hydrogen Light Commercial Vans expected to commence early 2024 in Germany and France. Green hydrogen production opportunities will also be identified and developed in addition to reviewing national distribution network plans in order to identify First Hydrogen's opportunities to contribute to any planned national networks.

The European Parliament has voted in support of achieving an overall renewable energy contribution of at least 32% of the total energy mix by 2030. It will achieve a supply of twenty million tons (20Mt) of green hydrogen by 2030, with 10Mt produced (binding commitment) and a further 10Mt imported. In addition, for the transport sector greenhouse gas intensity reductions of at least 16% have been set to be achieved by 2030.

In order to ensure that green hydrogen production can start immediately, European Union Commission President Ursula von der Leyen in her state of the union address announced the creation of a new European Hydrogen Bank. In her statement she argued that, "Hydrogen can be a game changer for Europe, and we believe that the €3bn budget - from the existing Innovation Fund - will be a good starting point, however we will be working to leverage that amount to ensure we move our hydrogen economy from niche to scale."

The EU markets represent some 35% of the Global Light Commercial vehicle market, with the largest EU market shares being in Germany (19%), France (28%), Italy (11%) and Spain (11%). On green hydrogen production, in addition to the recent announcements, so far the EU has announced approximately €75-billion of investments in the sector.

Nicholas Wrigley, Chairman of First Hydrogen UK, said: "The European Union policy framework and commitment to hydrogen is now in place and represents a significant opportunity for First hydrogen's total solution business model of providing fleet vehicles and hydrogen as a service."

Steve Gill, CEO of First Hydrogen Automotive, said: "We are able to quickly move into Europe by leveraging the work already competed in the UK with our initial demonstrator vans. Similar fleet trails are planned in the EU as planned with multiple fleet operators in the UK. Our vans are offering industry-leading range, rapid refueling and performance."

Robert Campbell, CEO of First Hydrogen Energy, said: "We are very encouraged to now see such strong support for green hydrogen in Europe and North America. These developments underpin our business plans for years to come."

The Company has entered into an agreement with Canaccord Genuity Corp. ("CGC") to assist in the exercise of the Company's outstanding share purchase warrants. CGC will be compensated with a cash fee equal to 5% of the total gross proceeds raised from the exercise of the share purchase warrants and a warrant (an "Agent's Warrant") exercisable at $4.50 into one common share for a period of two years from issuance.

On behalf of the Board of Directors of
FIRST HYDROGEN CORP.
"Balraj Mann"
Chairman & Chief Executive Officer

Forward-looking information may include, without limitation, statements regarding the operations, business, financial condition, expected financial results, performance, prospects, opportunities, priorities, targets, goals, ongoing objectives, milestones, strategies and outlook of First Hydrogen, and includes statements about, among other things, future developments and the future operations, strengths and strategies of First Hydrogen. Forward-looking information is provided for the purpose of presenting information about management's current expectations and plans relating to the future and readers are cautioned that such statements may not be appropriate for other purposes. These statements should not be read as guarantees of future performance or results.

The forward-looking statements made in this news release are based on management's assumptions and analysis and other factors that may be drawn upon by management to form conclusions and make forecasts or projections, including management's experience and assessments of historical trends, current conditions and expected future developments. Although management believes that these assumptions, analyses and assessments are reasonable at the time the statements contained in this news release are made, actual results may differ materially from those projected in any forward-looking statements. Examples of risks and factors that could cause actual results to materially differ from forward-looking statements may include: the timing and unpredictability of regulatory actions; regulatory, legislative, legal or other developments with respect to its operations or business; limited marketing and sales capabilities; early stage of the industry and product development; limited products; reliance on third parties; unfavourable publicity or consumer perception; general economic conditions and financial markets; the impact of increasing competition; the loss of key management personnel; capital requirements and liquidity; access to capital; the timing and amount of capital expenditures; the impact of COVID-19; shifts in the demand for First Hydrogen's products and the size of the market; patent law reform; patent litigation and intellectual property; conflicts of interest; and general market and economic conditions. 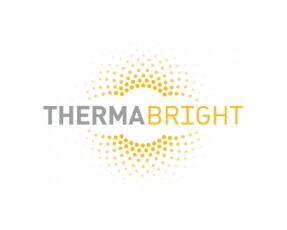